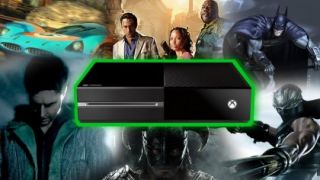 Then come the shooters. All of the shooters, tumbling through the door like a pissed up SAS squadron, bullets flying everywhere, interchangeable multiplayer modes scattered across the floor like loose change. (This year, by the way, was the worst offender with Call of Duty: Infinite Warfare, Battlefield 1 and Titanfall 2 all releasing within three week’s time of one another.)

And hey, who's that sneaking up behind you? Why, it’s all the annualised sequels, grinding their licenses into overfamiliar dust as increasingly innocuous subtitles and tat-filled ‘deluxe’ editions are trotted out like straight-to-DVD Disney films. It truly is the most wonderful time of the year.

Okay, I’m being a little facetious here. The winter games season really is a wonderful thing – there are literally dozens of great games that launch in the time it takes for the leaves to fall off their branches and when snow hits the ground.

But despite the influx of games to play, I think it's also the worst time of year for the industry. It’s a complex and volatile duality that’s only become more bloated and lopsided over the last decade as videogames continue to expand faster and more exponentially than any other medium.

September through November has long been the top-heavy corner of the year for videogame releases as publishers big and small attempt to curry favour with the wallets and schedules of gamers. All the big names make their latest incarnation known for the kind of advertising campaigns that burn their new games into the fabric of your soul with pop-ups and TV adverts a plenty.

On the surface, it seems brilliant. So many games! We’re spoiled for choice. FIFA, Call of Duty and Battlefield? Which one do I throw money at first? But like any crowd that swells beyond its capacity, someone always ends up getting trampled.

Admittedly, much of this comes down to historical precedence. The gamers who came to love games with the first waves of home consoles - NES, SNES, Master System, MegaDrive/Genesis - helped shape this trend. The marketing punches traded by Nintendo and Sega in the late ’80s and early ’90s turned videogames into a commercially lucrative venture, but it was one aimed purely at kids so releases were often scheduled around the holiday seasons of Thanksgiving and Christmas where parental coffers often opened for the latest mascot-filled cartridge.

But the generation that defined this tactic have grown up now. That generation is now in its 30s – the “average gamer” according to statistics is 32 year old – and as such no longer needs mama and papa to fund their gaming addictions. Now we can pop down our local bricks and mortar store or open an app and order a game in minutes. Seconds, even.

Despite all of us finally aging like a good wine, the sales tactics of our favorite medium have not. That trend’s still there, engrained into the winter months like the last 25 years never happened, and its knock-on effect is felt the year over.

And that's the videogame industry's biggest problem: How many months are there where seemingly nothing seems to come out bar a niche JRPG title or another remaster absolutely no one asked for? Too many.

Now sure, there’s always an exception to the rule – Rockstar, for example, prefers to release its games in the summer ... on a biannual basis. But most of the time the summer is as dry as Kalimari Desert.

Want an example of how bad it can get? Look back at June of this year. That month the only games going to retail were Mirror’s Edge Catalyst, Odin Sphere Leifthrasir, Kirby Planet Robot, Mighty No. 9, Tokyo Mirage Sessions ♯FE, Lego Star Wars: The Force Awakens and Star Ocean: Integrity and Faithlessness. Really, seven games, that’s it.

But maybe summer doesn’t have to be the season of the blockbuster. Perhaps it could be the time for indies to shine. For so many years, Microsoft was seemingly riding a wave of the future with its Xbox Live Summer of Arcade events. It started out so small, so innocuous in those early years, but it grew with every annual outing, launching the likes of Trials and more as these smaller titles had the space to breath and a font of attention to grab.

There’s one school of thought that says if the big titles want to slug it out and cannibalise themselves in the winter months, then let them. It’s time for the publishers who stand to lose exposure and sales in overcrowded, over saturated months to bring their games to market in periods of the year considered to be quiet. Less games coming out around you only means potentially more coverage in print or online and the opportunity to market your game through social media and in other more traditional advertising spaces.

Will the circle be unbroken?

TL;DR: the oversaturation of the winter release schedule comes at too great a cost. The race for that holiday season sale sees all the big franchises pushing every middle tier and indie title down into the mud like some vicious Game of Thrones death scramble.

And among those bigger titles, there are casualties, as genres see too many stablemates dropping into our disc trays in too close a proximity. With so many games vying for your attention, something has to give, and since trends often seed wide in our industry that means great games are often smothered in maelstrom.

This year, Titanfall 2 looks to be the latest victim. A triple-A shooter with a brilliant singe-player campaign and one of the best multiplayer mode of the year, but it was released mere weeks between Battlefield 1 and Call of Duty: Infinite Warfare - the two biggest franchises in the genre.

Having three triple-A shooters arrive within a month of one another was simply too much and has potentially driven Respawn’s plucky IP into an undeserved early grave. Yet look back at the rebooted Doom, released in the relatively quiet month of May where it had the time to shine without fear of being drowned out by the familiar big guns.

Whether we want to admit it or not, even in the digital download age, release windows can make or break a game in this industry, and right now poor scheduling is causing too many casualties around the holidays.