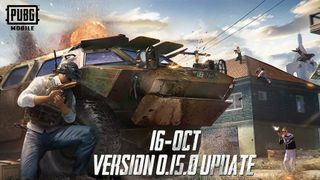 PUBG Mobile 0.15.0 update introduced the Payload Mode but it wasn't immediately available to play. Now, Tencent has gone live with the much-awaited Arcade mode which brings new weapons and vehicles to the battle royale sensation.

In the Payload Mode, players can fly a helicopter and fight it out with enemy players from the air as well as land. The new update also brings an ability for team-members to revive their fallen teammates. For this, a player in your team needs to pick your ID tag and pay a visit to the communications tower which can be seen highlighted on the map in blue dots.

The mode spawns players onto Erangel just like the classic match but with the addition of helicopter-destroying arsenals such as rocket launchers, grenade launchers and other weapons.

The range of heavy fire weapons now includes RPG-7 rocket launcher, M3E1 missile, M79 grenade launcher, M134 heavy machine gun, and MGL grenade launcher. Players will also be able to grab some of these weapons from the Super Weapon Crate that spawns regularly on the map and provides weapons, Level 3 armor and more.

Players will also be able to call in airstrikes via an Air Strike Beacon to initiate an assault on the enemy players. Additionally, the game now also offers Vehicle Repair Kit that can fix the damage done to vehicles during the game.

Along with this, the BRDM-2 tank can also be called in via firing Flare Gun. The BRDM-2 is an amphibious armored vehicle that can run both on land and in water and has bulletproof tires.

With the new update, players will also be able to hop between building via new Ledge Grab mechanisms. This will help players get to new and hidden vantage points to survive the battle.