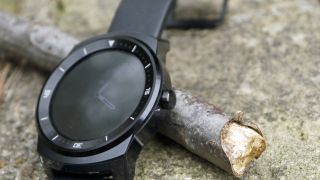 We've got LG smartwatches coming from all angles

LG has been promoting a slew of new products at CES 2015 this week, but it's also opened up a little about its plans for the future - and those plans include a smartwatch powered by WebOS rather than Android Wear, if a report in the Wall Street Journal is to be believed.

It seems as though executives at the South Korean firm want to wrestle some power back from Google, although there's no indication that it will stop making Android Wear devices like the G Watch R.

"We're going to slowly try to build an ecosystem around areas we can have more control over," an unnamed LG source told the WSJ. Ultimately that might include smartphones as well, the original home for webOS - after all, a smartwatch needs a smartphone to sync with.

Set your old dumb watches for early 2016 if you want to take a look at what LG has in store, though the news isn't exactly a huge surprise - we suspected this was in the pipeline as long ago as October.

For the uninitiated, the slick, card-based webOS originally ran on Palm smartphones. It was picked up by HP when Palm folded and then sold on to LG - it can currently be seen powering a lot of LG's smart television sets.

LG wouldn't be the only one hedging its bets as far as OSes go, as Samsung has smartwatches, TVs and smartphones in the frame featuring its own Tizen software, as well as a multitude of Android-based gadgets.