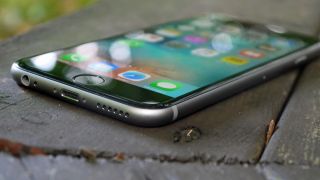 Rumor has it the iPhone 7 may be a fully waterproof phone – in the vein of the Sony Xperia Z5 or Samsung Galaxy S7 Active – but Apple also has a plan to make some of its older devices more durable too.

Those running iOS 10 beta 2 have found that if water gets into the Lightning port at the bottom of a device, it will serve a warning asking you to remove the cable.

The idea is you'll be able to pull out the cable before it does any real damage to the internals of your phone.

Don't get it wet

The feature has been confirmed by users of the iPhone 6S, iPhone 6S Plus and iPhone SE, but it may be set for other devices as well. Apple has yet to officially announce the feature as part of the upcoming iOS 10 update.

TechRadar has asked Apple to confirm if the feature will be rolling out soon and we'll be sure to keep you updated soon.

If the iPhone 7 doesn't turn out to have a waterproof design, the iOS 10 update may make the phone a little more durable than previous Apple devices.

iOS 10 is set to launch later this year, while the second public beta for iOS 10 is ready to download now.