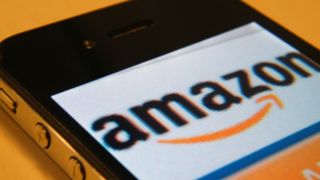 You know the story: Amazon is supposedly working on a smartphone, a phantasmal device that surfaces then descends to the depths with every hardware-related move the e-tailer takes.

Today, however, we may have our most solid evidence yet that Amazon is indeed developing not one, but two smartphones, including a handset with 3D viewing capabilities. The company is also said to be working on an audio-only streaming device.

All this information is courtesy of the Wall Street Journal, which has it on the authority of people "familiar with the company's plans" that Amazon's hardware ambitions may be broader than anyone suspected.

According to the publication, the company's Lab126 facility in Cupertino, Calif. is abuzz with the Alphabet Projects, the collective name for devices being developed under the individual code names of Project A, B, C and D.

While we don't know which is which, a report from last month suggested Amazon is developing a set-top box. This could be the fourth prong in the Alphabet Projects equation, according to the Journal's sources.

But back to today's news - one of the smartphones is described as a high-end device complete with a screen that allows for 3D image projection sans glasses.

Through retina-tracking tech, the images will appear to float above the screen - much like a hologram - and appear in 3D from all angles.

Two of the WSJ's sources said people may be able to navigate content using only their eyes.

None of these projects may see the public light of day, and bringing them to life hinges on performance, financial or "other concerns," but the chance that they are indeed in development makes our ears perk up quite a bit.

We'll keep you posted on any and all Amazon hardware developments, but until we hear more, check out our Amazon phone round-up page.