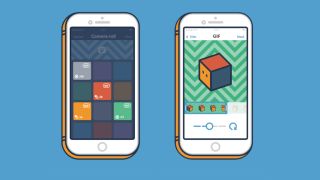 Endlesslly sharable, endlessly playable, and now in your own hands

Tumblr, realizing that if a picture is worth a thousand words, an animated one must be worth millions, is giving users the power to make their own GIFs. Tumblr's GIF maker, included with the Tumblr iOS app's latest update, will let you make your own looping video without the need for any outside software.

"GIFs are great! But actually making them kinda sucks," said Tumblr in an official staff post. "Today [...] any video (or burst!) on your iOS device can be GIFFed, edited and posted using the Tumblr app."

All one needs to get started making GIFs are videos or burst photography sets saved to their device's Camera Roll. The Tumblr app does the rest, marking what footage is fit for GIF-ification and can change how fast the GIF plays, if it should loop continuously, and even allows cropping and zooming.

The GIF maker also allows for photosets to be made using multiple photos, creating an animated alternative to slideshows that is built ready-to-post with Tumblr's "#made with tumblr" tag. The site is already well-known for hosting a massive repository of GIFs, with everything from memes to infographics to quotations galore being searchable on the blog service's website.

The use of GIFs across social media, especially on mobile, was been instrumental in the popularity of the looping visual file type. Facebook recently added GIF support, while third-party apps like Giphy and Giffiti have sprung up to let users make and post their own GIFs while on-the-go.

The GIF maker update is currently available only on iOS, but Tumblr states that an Android version will be following up "in a little bit."