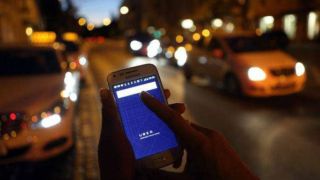 Scenario: You find yourself in need of a ride across town, only to find that Uber drivers in your area are experiencing surge pricing from high demand with only a broad estimate of what your base fare will be.

Normally, this would be an annoying process of estimating and multiplying figures, but not anymore.

Uber is doing away with the math and sudden charges, and instead will show exactly what you'll pay before you get in the car, rather than after.

Using the same system as UberPool - the communal carpool service in the ridesharing app - riders will receive a fare at the beginning of the trip, multipliers included, that won't suddenly spike from surge mid-trip.

UberPool has had upfront pricing for a while now - a perk of needing to input route details so your cabmates can coordinate with you - but now all Uber users can take a ride without crunching numbers on what their trip home from the bar will cost.

Select customers in cities across the US and India have been enjoying the feature since April, with plans to bring it out to everyone worldwide in the next few months.

Considering what it's like to need a ride when your phone is dying, having a guaranteed price up front is a nice touch.