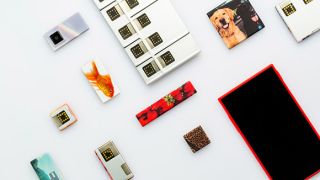 The lights are still on at Project Ara.

If you've been anxiously wondering what the future holds for Project Ara after Google became one part of Alphabet, there are new updates straight from the source - although they don't tell us much.

Over the course of seven rather cryptic tweets on @ProjectAra, the modular smartphone team confirmed that they're still "busy making stuff" and would have more updates to share next week.

The tweets were accompanied by hashtags such as #lightson, #dontbemad and #justrecalculating. Sounds like Project Ara is trying to adopt that jokey conversational tone that brands like to annoy us with so much.

The biggest takeaway from the tweets is the mention of a "market pilot re-route", although again no more information is offered. The phone was scheduled to debut in Puerto Rico sometime later this year.

It looks like those plans might have changed, but then again the next tweet says "this is not goodbye Puerto Rico", so it obviously still features in Google's plans in some way.

The bottom line is we'll have to wait for the promised updates next week. In the meantime, the final tweet promises that "Project Ara isn't going anywhere", so don't give up your dreams of a modular mobile just yet.