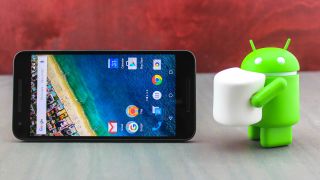 What's next for Android?

We're still a long way off the release of Android N, the next version of Google's mobile operating system, but the engineers at Mountain View are busy working on the software - and one or two rumours are beginning to leak out about what they've got planned.

In particular, sources speaking to Android Authority suggest that Google is mulling over the idea of ditching the app drawer: that's the button at the bottom of your home screen that leads to all the apps you've got installed.

An app drawer-free OS would of course bring Android closer in style to iOS, where every app shortcut has to appear on the home screen somewhere, even if it's demoted into a subfolder. We're presuming Android's iconic widgets would still be available, though.

N for Not Confirmed

This is a possibility rather than a certainty at the moment - even if Google is planning the switch, it might change its mind before Android N launches - but it's a small insight into some of the modifications that might be coming your way with the next confectionery-themed OS.

If Android N follows previous patterns, we should see a developer preview at Google I/O 2016 in May before the full release sometime around October. Android 6.0 Marshmallow introduced a vertically scrolling app drawer with automatic shortcuts to your most frequently used apps.

Of course Android's partners are free to tweak the software in whatever way they see fit: Huawei and Xiaomi are two manufacturers who already use the home screens as the app drawer with their versions of Android. In a few months we should get confirmation of what Google has planned.