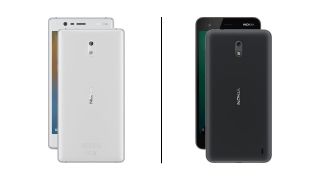 Nokia 2 will circumvent Android 8.0 update and will instead receive the Android 8.1 Oreo update directly. Nokia 3, on the other hand, will get the Android 8.0 Oreo beta update soon courtesy of Nokia Beta Labs.

According to a tweet by Juho Sarvikas, HMD Global’s Chief Product Officer, the reason behind Nokia 2 skipping the 8.0 update is because it comes with 1 GB of RAM. Android 8.1 Oreo is equipped with memory optimisation features and as such, it will be beneficial for Nokia 2.

In the tweet, Juho also mentioned that Nokia 3 will be getting the Android 8.0 beta update soon.

Also #Nokia2 but will go straight to 8.1 to get memory optimization features as it is a 1GB RAM device. #Nokia3 Beta Labs right around the corner.January 27, 2018

Nokia 2 features a 5-inch display which is packed in a shell of aluminum and plastic. It is powered by Snapdragon 212, with 1GB of RAM and 8GB of internal memory. The Nokia 2 has a 4,100 mAh battery to power it.

Nokia 3 also comes with a 5-inch display and is powered by a MediaTek processor with 2GB of RAM. There’s 16GB onboard storage which can further be expanded up to 256GB via microSD card. The phone comes with a 2630 mAh battery.

Nokia is delivering upon its promises of providing regular updates to Android albeit slow but at least they are.

As the company prepares for Mobile World Congress next month where it is expected to showcase the next batch of Nokia smartphones, it will be interesting to see what they bring to the table this time.