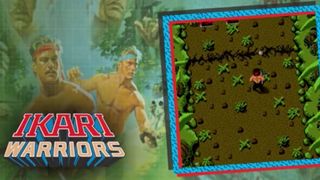 With it's detachable controllers and handheld screen, the Nintendo Switch makes for the perfect on-the-go retro gaming machine.

And while Nintendo itself is taking its time before bringing its classics to the transforming console, there will be some vintage titles on the way thanks to SNK later this year.

The SNK 40th Anniversary Collection packages up a host of much-loved coin-up titles in a pixel perfect format for Nintendo's handheld.

There are 11 titles announced so far, with more to join the line-up ahead of that launch date. You'll be able to grab all 11 as part of a pre-order deal, while each will be available individually, too.

There could be more SNK fun later this year too. The Neo Geo – the original home of the incredible Metal Slug series – is shrinking down to a mini format like the SNES Classic Mini, squeezing in 40 games. No release date is set, but a late 2018 launch has been teased.