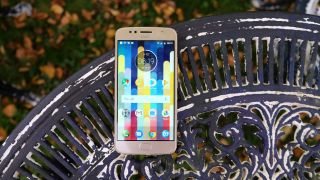 Lenovo-owned Motorola has announced a substantial price cut of Rs. 5,000 on its budget device, the Moto G5S, bringing its price down to Rs. 9,999. The device will be available at its new price at Moto Hubs, Amazon India and retail stores across the country.

In addition to the Moto G5S, the Moto G5S Plus is currently available for Rs. 13,999, after a discount of Rs. 3,000 on Amazon India. This move from Motorola is aimed at helping the Moto G5S compete with other budget devices such as the Redmi Note 5.

The Moto G5S currently runs Android 7.1.1 Nougat and is expected to receive the Android 8.0 Oreo update soon. It features a 5.2-inch full HD IPS LCD display with a resolution of 1920 x 1080 pixels and comes with Corning Gorilla Glass 3 protection.

In terms of performance, the Moto G5S is powered by an Octa core Qualcomm Snapdragon 430 SoC coupled with Adreno 505 GPU, 4GB RAM and 32GB of internal storage. The storage on the device can be further expanded via a microSD card.