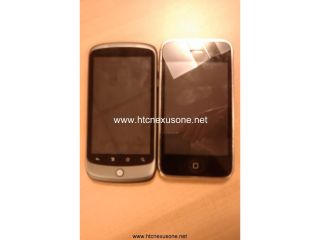 There's not much about the Google Nexus One handset that hasn't already been leaked, but now even the price appears to have hit the public domain – and it is not the news that many people were hoping for.

According to Gizmodo, the phone is not going to be made available at cost by Google – one of the suggestions about the Nexus One – with the leaked information putting the price at $530 for an unlocked handset.

That equates to £333; cheaper than an unlocked iPhone, but still a hefty price to pay should you want the freedom to choose your own service provider.

More detail suggests that five phones per Google account can be bought – although this seems a little irrelevant considering a new account is available for free.

The news, should it be accurate, will come as a blow to those who hoped that Google would offer the phone for cost and make money from people using its software and the Android mobile OS.

Google's online services – such as Gmail and Google Calendar – are free to use, with the company favouring an ad-funded model.

But, it seems, to get the Google (and HTC) hardware consumers will have to fork out a fairly hefty chunk of their hard-earned wages.

We'll no doubt find out more details when Google spills all at its January 5 press briefing to discuss Android – and almost certainly the Nexus One.