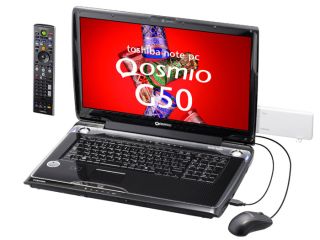 Finally, we get to see the SpursEngine in a real PC

Almost a week after we got wind of the first-ever PCs to use the SpursEngine chip that owes so much to the PS3, we have finally got the prices – albeit in Japanese Yen.

Surprisingly for such long-awaited – not to mention cutting-edge – technology, the SpursEngine hasn't pushed the price of Toshiba's Qosmio laptops [Japanese] through the roof.

That just leaves the X300 gaming rig, which will remain a financial mystery for a while yet, as Toshiba isn't releasing it in its home country.

Although the absence of a real high-definition optical drive in the new Qosmios is drawing most attention right now, it's the SpursEngine that's sure to be of more long-term significance.

If it proves to be as powerful as we're led to believe, Toshiba's decision to sell the chips to other interested PC makers will turn out to be a wise one.