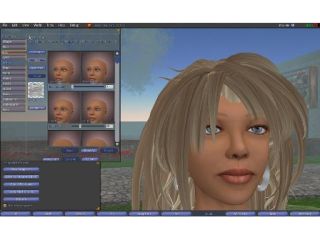 The residents of Second Life are already communicating with each other in the virtual community, but so far it's only happening through text chats. That is about to change, as Second Life gets talking.

Linden Lab , the company behind Second Life, has announced that it is to implement web-based voice software that will let millions of Second Life users talk to each other using their computers' microphones and speakers.

A key feature will be the so-called 'spatial audio', which mimics sound in the physical world. This means that only people within a certain distance will hear what a person is saying, just as in the real world. The characters will become increasingly animated when speaking at a greater volume, in a bid to make the speaking experience more realistic.

Second Life residents - who are displayed as avatars and can do all the things they would in the physical world, and more - will be able to control whom they talk to, and whom they would rather not talk to.

The voice system will begin testing next week. Linden Labs said the software will probably be implemented at the end of March. The service will be free during the beta testing phase, after which only Mainland land and property owners paying a monthly fee will be able to use it.