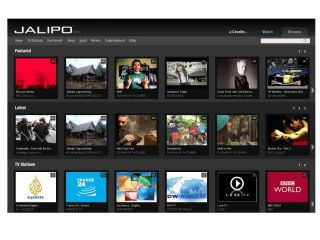 The biggest side effect of YouTube 's success is the growth in sites aping the concept. Jalipo is the latest; it has launched with two major names as partners - BBC World and Al Jazeera English. The new service is hoping to persuade punters to pay for live and on-demand content. This, says the group, will enable it to control the content it shows.

Jalipo aims for a place in the 'high-quality' content market - not the first time a YouTube competitor has sought to distance itself from the skater-boi movies and Jackass copycats that are the bread and butter of the Google-owned network.

"This is absolutely not for user-generated content. If you were looking to put us into the marketplace, I would put us at the other end of the market to YouTube. This is rights protected, territory restricted and monetised every minute."

Ooh, get him. The new site is headed-up by the former president of Sony Europe Chris Deering as its chairman, who is clearly hoping to avoid situations such as Viacom's litigation against YouTube .

Viewers are set to be charged at a per-minute rate, something that we're not sure will go down too well with web-savvy consumers used to the best things in life being free.

Other content deals have also been sealed with Bloomberg and French news service France 24 .