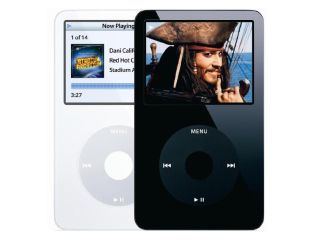 According to technology research firm IDC , the amount of data created and stored - including photos, videos, web pages, instant messages, phone calls and other digital content - went up to 161 exabytes from the relatively tiny five exabytes generated in 2003.

The researchers assumed that, on average, each digital file gets replicated three times. In total, this adds up to the 161 billion gigabytes of digital information generated last year.

If you can't visualise how massive this number actually is, IDC helpfully provides some equivalents. It says 161 exabytes is like having 12 stacks of books that each reach from Earth to the sun.

The amount is also equivalent to three million times the information captured in all the books ever written, according to IDC. More than two billion 80GB Apple iPods would be needed to get 161 exabytes.

By 2010, IDC predicts, we will be producing far more data (almost one zettabyte, or 10 to the power of 24 bytes) than we will have room to store.

IDC analyst John Gantz said it is important to understand the effects of the factors behind the information explosion. The supply of data technically outstrips the supply of places to put it, he said.

IDC estimates that the world had 185 exabytes of storage available last year and will have 601 exabytes in 2010. But the amount of data generated is expected to jump from the 161 exabytes last year to 988 exabytes (closing in on 1 zettabyte) in 2010.

"If you had a run on the bank, you'd be in trouble," Gantz said. "If everybody stored every digital bit, there wouldn't be enough room."

Good thing then, that files actually get deleted. Even though storage space is not actually in short supply and continues to get cheaper, not everything is stored. Emails are deleted, and some digital signals are not stored, such as the content of telephone calls.

The IDC study advises that we will need better technologies to help secure, analyse, find and recover usable material in this universe of data.

Chuck Hollis, vice president of technology alliances at EMC Corporation - the data management company that sponsored the IDC research - said the new report made him wonder whether enough is being done to save digital data for posterity.

"Someone has to make a decision about what to store and what not," Hollis said. "How do we preserve our heritage? Who's responsible for keeping all of this stuff around so our kids can look at it, so historians can look at it? It's not clear."