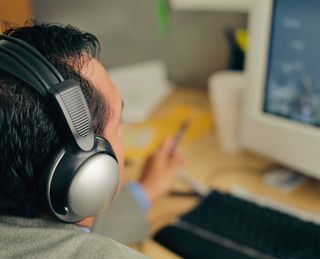 And as we continue to wonder whether we should have a ‘ridiculous survey of the day’ category, we receive yet more grist for the mill with Ciao’s suggestion that two-thirds of us Brits believe social networking should be banned from the workplace.

A survey of a whole 1,000 people – many of whom we can only assume were managers – told Ciao that they believe social networking sites have no place in the workplace.

Nearly 80 per cent of over 55s take the hard-line ‘no Facebook’ approach, but nearly half of 18 to 24-year-olds also apparently want to avoid social networking whilst in the workplace.

However, the survey also suggests that 10 per cent of those surveyed actually used the sites at work. Right.

The survey was a "nationally representative online survey of 1,000 people in the UK conducted by Ciao Surveys during March 2008".

We’ve conducted our own survey here in the room and we can exclusively reveal that 100 per cent of people use social networking sites in the office and 0 per cent think it should be banned.