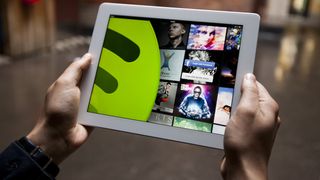 Latest round of financing should improve Spotify's value

The Wall Street Journal reports that the company is in the process of raising $100m (UK£60, AUD$96), with Goldman Sachs named as one of many potential investors.

The streaming giant, which opened its virtual doors back in 2006, is hoping to capitalise on its 15 million active users, 4 million of which pay monthly subscription fees to remove ads and listen on mobile devices.

However, the massively-popular service which piggy-backed on Facebook's success, is still unprofitable, with the WSJ quoting net losses of $56.6 million last year, so continued financing remains important.

According to the WSJ, the company had been hoping for a greater level of capital investment that would have pushed its value closer to $4 billion ahead of a potential IPO.

However, the Swedish-based company is said to have scaled back its expectations, due to the recent poor performance of Facebook, Groupon, Zynga and other publicly traded tech companies.