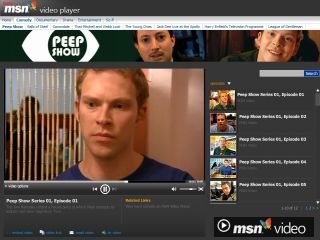 MSN Video has finally gone live after weeks of rumours about the impending launch.

Last week we brought you news of the new service from Microsoft, and the company has now taken the covers off its brand new video streaming site (although it's only in beta for now).

Microsoft has said that the service is only a pilot to test if such a thing will fly in the UK, but anything that offers free video and is the visual equivalent of Spotify is always going to fare well.

The service will initially deliver over 300 hours of free UK shows such as Hustle, Peep Show, Shameless and League of Gentlemen as well as older offerings like The Young Ones.

This is currently the only way UK users can watch content on demand the likes of BBC Worldwide and ALL3MEDIA International for free, with more distributors coming on board in the near future.

The news will be welcome to MS fans who have been forced to endure rumours that the company's audio version of the service - a rival to Spotify - has been put on ice for the time being after it hadn't actually signed up any record labels.