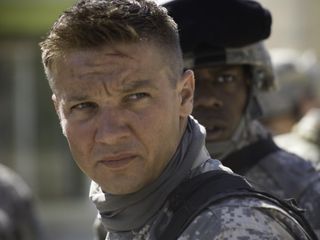 The Hurt Locker producer strikes back

Nicolas Chartier, the producer of Hurt Locker, has sparked a war of words with a cinemagoer, after his decision to sue BitTorrent users who downloaded the Oscar-winning film was criticised.

A reader of BoingBoing contacted the producer saying he disagreed with the move and, to his surprise, he got a rather rash reply.

In the email, which is printed on BoingBoing in full, Chartier said:

"If you think it's normal they take my work for free, I'm sure you will give away all your furniture and possessions and your family will do the same… I'm glad you're a moron who believes stealing is right.

"I hope your family and your kids end up in jail one day for stealing so maybe they can be taught the difference."

The rather sarcastic email continued: "Please do not download, rent, or pay for my movies, I actually like smart and more important HONEST people to watch my films."

To be fair, the Boing Boing reader did tell Chartier that he was "boycotting" his films because of "Voltage Pictures' intention to sue thousands of people".

We're suspecting, though, that we wasn't expecting that kind of candid response.

Hurt Locker was the winner of this year's Oscar for Best Picture. Since then, the movie has gone on to make $16 million in the US.

The film was reportedly pirated a massive six months before its release in the cinemas, something which Voltage Pictures is singling out as the reason for the movie's moderate revenue.