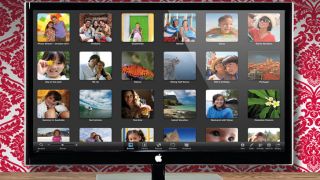 The rumours about Apple and TV services have been around for a long time now, but they're not going away.

It seems that Apple TV isn't meeting the firm's ambitions, and so it's sitting down with broadcasters trying to hammer out some sort of deal about a streaming service, according to Re/code.

The idea would be to offer a selection of TV shows for streaming, rather than live linear channel streaming.

To some extent, it's a little hard to understand what Apple is trying to do here. No doubt it wants to improve the services people can get via Apple TV as well as the iPad and iPhone.

It's also distinctly possible that the firm wants to crack its much-discussed television too. To do this, Apple will need content, as just making an expensive Apple-branded TV really won't be good enough.

Taking the battle to Netflix?

Perhaps the goal is to beat Netflix at its own game. If Apple can do deals with the big US broadcaster for their big shows, it could attract a lot of subscribers.

With Apple's glamorous image and deep pockets it could negotiate exclusive deals on everything from The Walking Dead to Game of Thrones. That could be big trouble for every other company that is in the streaming game.

And let's not forget too that Apple has Beats for music streaming now too, so it makes sense for it to lock down services that offer movie and TV streaming for a monthly fee too. That way it can bundle the whole lot up and get a decent chunk of money out of subscribers each month.

The "cord-cutter" movement is gaining pace in the US too, with subscribers sick of paying big cable bills each month. Many opt to get their network TV over the air, for free and pay for series they like on service like iTunes. An Apple TV service would probably reduce their costs and give them access to all their favourite content.

It's no secret that Apple has some contempt for the "outdated" way televisions work. That's somewhat irrelevant though, as the public at large have been using TVs for decades now, and more than likely have no major complaints about how content ends up in front of them.

So it's up to Apple to prove why most people are wrong to be content. Any changes it makes might prove to be of no interest to the masses.