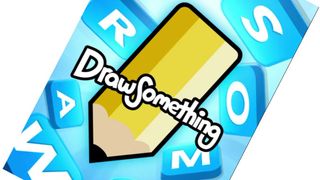 Drawing no conclusions to dwindling numbers

Crude drawings are here to stay according to Zynga, which believes Draw Something is here for the long run.

Zynga bought the popular drawing app for $183 million from OMGPOP back in March but since then the number of people using the app has declined – it is now 13th in the UK App Store charts, where once it was at the top.

This equates to 7.6 million users playing with the app, down from 14.5 million users at its peak, while Android users seem to still be in love with Draw Something as it remains top of the less lucrative Google Play chart.

Games company Zynga isn't worried about its descent on iOS, however, with John Schappert, COO of Zynga explaining the app is one that's definitely going to stick around.

"We think of it as a game that's an evergreen franchise," explained Schappert to the WSJ. "It's a game that will live on for years."

If this is going to be the case, then Zynga will need to look at various revenue streams to make money from the app – something it is already doing.

It's penned a deal with DreamWorks to promote Madagascar 3: Europe's Most Wanted within the app and there was also the recent news that brands will begin appearing as drawing options.

Given Zynga's track record in the gaming market, if there's any company that can make a success of Draw Something it will be it.

But those numbers must be giving the suits some food for thought, regardless of what they are saying on the record.