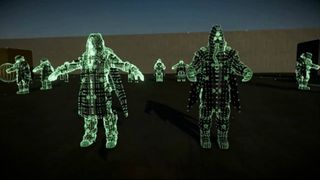 Killzone Shadow Fall was one of the biggies during the PS4 reveal and we've been eager to hear more ever since. Now Guerilla has released a whopping 100-page document with plenty more juicy details to cast our eyes over.

There's a lot to sift though, but we reckon one of the most interesting thing to take from the new presentation is that the demo we saw back in February was only using 3GB of the system's 8GB RAM potential.

Of course, the other big news is that Killzone Shadow Fall will be a PS4 launch title, so that's one we can firmly put on the list for a 2013 release.

The new specs are pretty impressive when you look at the figures. Characters in the new game are built with some 40,000 polygons – around four times what we saw on Killzone 3.

Zoning in on the specs

For those keen for all the gory tech details, the demo also contained 8,200 physics objects, 500 particle systems, 60 AI characters and 120 sound voices.

Anything else? You betcha - Guerrilla is working on another brand new franchise though there's no further details on what this might be.

We could spend all day discussing the information in Guerilla's hefty document but you can go check it out for yourselves here.