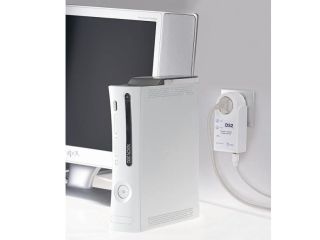 Imagine a world where you can stream high-definition TV quickly and securely through the rooms in your house, without the need for extra set-top boxes or trailing wires.

No, we're not talking about Wi-Fi - wireless connections are normally not fast enough to do this. We're talking Powerline : broadband internet through your power socket.

Power chipset provider DS2 yesterday showed off its newest range of Powerline applications at a London journalist briefing. The products allow you to stream your video, data, music and IPTV around your house at up to 200Mbit/s speeds. In reality, this means average speeds of 90-100Mbit/s, and a minimum of 30-40Mbit/s, DS2 said.

These speeds are enough to ensure that you can enjoy flicker-free streaming of high-definition video. You can also stream IPTV to one or many TV sets rather than watching it on a computer. And you can hook up your gaming devices or PC to Powerline to play games in real time.

"We guarantee coverage throughout your home," said Victor Dominguez, director of strategy and standardisation at DS2. "It's no longer about going looking for telephone jacks in order to plug your modem into; now the coverage comes to you instead."

Powerline devices plug into your power socket and connect devices through Ethernet. They give internet connectivity to your PlayStation 3 or Xbox 360 as well.

"Multimedia applications is a new area for DS2. We used to make business products but as consumers continue to add digital applications to their homes, the demand for an easy, non-costly and effective way to create inter-connectivity grows," Dominguez said.

Some of the new DS2 products won't be available to buy in the UK until later this year. The products are all certified by the Universal Powerline Association (UPA), which means they'll work anywhere, guaranteeing coverage.

The UK risks falling behind in broadband delivery, stated a recent report by the Broadband Stakeholder Group . With IPTV taking off, the report demanded that the government and ISPs further develop the UK's broadband infrastructure.

On the continent, European ISPs use UPA technology to deliver IPTV services to their users. Similar products available in the UK could supply any IPTV rollout here.

"We urge ISPs to prepare for the demands that will be placed on their services in the future," Dominguez said.