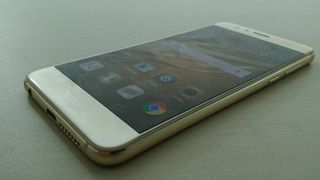 With the MWC 2017 quickly approaching, there’s still some speculation as to what the manufacturers will have to show off. While the likes of LG are expected to launch the LG G6, we are now hearing that Huawei will unveil the Honor 8 Pro during the course of the event.

The smartphone will apparently come with dual-rear cameras, which has been an industry trend for the past couple of years or so. It is said that the Honor 8 Pro will be known as the Honor V9 when it breaks cover in China. The handset has already been approved in China, which means we don’t have to wait for the official launch for the confirmation of the hardware specs.

As per TENAA’s listing, the smartphone comes with a 5.7-inch Quad HD (2560x1440) panel, and an octa-core processor with a clock speed of 2.4 GHz. However, the exact make of the processor is not known at this point.

Huawei is one of the top manufacturers in the world right now, thanks mainly to its high power cost effective handsets. It is not yet known if this new offering will go easy on the wallets, but one can hope that the company won’t drastically change its policies for this particular device.