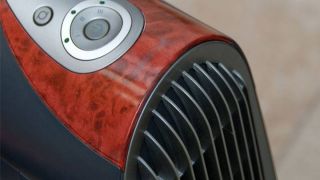 The capital city has been enveloped in a thick blanket of smog right after Diwali, leading to health issues among residents. Are there any solutions in sight?

Every year, the morning after Diwali in most Indian cities stands witness to a hazy smog blanket because of the many firecrackers lit the previous night, taking air pollution levels higher than on a normal day. But this year Delhi was the worst hit with the city choking under record pollution levels and a spell of smog that has been declared as the worst in 17 years by the Centre for Science and Environment (CSE).

This has had obvious effects on the health of residents as several people complained of irritation in the eyes and respiratory problems. Morning walkers, children, and elderly are at an increased risk of falling sick during this alarming phenomenon, which has prompted authorities to suggest that schools be kept shut for a few days and people ought to stay indoors.

What you can do to battle the pollution in Delhi

Diwali this year has affected the air in the city the worst, but on any given day Delhi is known to have much higher pollution than the safe levels. Citizens have resorted to wearing anti-pollution face masks while outdoors, the least they can do to deal with the situation. But how can you keep yourself safe inside your house?

Wearing a mask at all times does not seem like a feasible option, and at the same time it is not wise to ignore the fact that even your home has polluted air.

Investing in a good air purifier is a smart choice for people in Delhi now, although these devices have not really caught on in Indian homes yet.

There have been contrasting views on this question, but now even medical health professionals agree that air purifiers can work as an immediate solution to this grave problem. The air purifier is a device that cleans the air in the area, and removes contaminants like PM 2.5 particles (a fine matter that can be quite harmful for the lungs when inhaled). Most purifiers have three filter layers, through which the air passes to give you cleaner, less harmful air to breathe.

However, it is important to know that some air purifiers can even be harmful—these are usually the ones with built-in ionisers, and they emit ozone and negative ions while at work. This can actually do more harm to your health than good, so it is important to research well and buy the right air purifier for your home.

These are some of the things that you need to check while buying an air purifier:

The Clean Air Delivery Rate (CADR) –   This factor denotes how much air the device can purify. Go for one  with a higher CADR number after checking whether it is effective against  smoke in particular.

HEPA Filters –   Choose a purifier with a TRUE HEPA filter and at least a 0.3-micron rating to combat the harmful air particles.

For now, going for a good air purifier to battle the effects of  pollution is a short-term solution while indoors. As for Delhi’s air  pollution levels, drastic measures are the need of the hour and the  responsibility falls on the authorities as well as citizens.