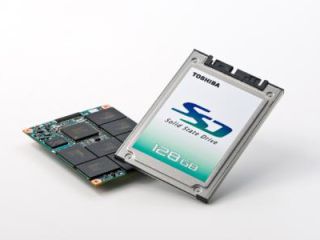 Toshiba hoping for early end to recession and stronger sales

Falling demand for the flash memory chips used in devices like iPods and digital cameras has hit Toshiba hard this week, with the Japanese giant reporting its latest quarterly profits fell by a massive 99 per cent.

Overall, Toshiba said it expected the current fiscal year to close at the end of March 2009 with a 37 per cent fall in profit, although it sees the painful fall in memory prices to ease soon.

NAND flash chips fell in price by 45 per cent in the six months to September, but Toshiba predicts the slide will be reduced to around five per cent in the first quarter of next year as demand picks up again.

Nevertheless, the uncertainty over consumer demand in economic hard times means the world's second biggest memory maker is remaining cagey about its plans to spend heavily on more production facilities.

A company spokesman explained: "We are braced against a negative spiral. We want to watch the holiday season sales before making any changes to our capital spending plans or to our outlook."