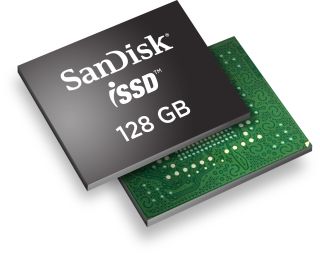 The SATA Express specification piggybacks the PCI Express interface to enable epic device speeds of 8Gb/s and 16GB/s - a marked increase on the current maximum of 6Gb/s.

The new specification is expected to be low-cost, and will support both current and new SATA devices.

"We expect the SATA Express specification to be completed by the end of 2011," said Mladen Luksic, the SATA-IO president.

The keyboard-challenging µSSD interface allows small SSD chips to be embedded directly on the motherboard itself.

By completely eliminating the standard SATA connector motherboards can be made more compact and far slimmer - a big advantage for the small motherboards that currently occupy laptops and tablets.

What's not clear is whether or not the chips will be consumer-upgradeable - we're guessing that they'll be soldered directly onto the motherboard itself.

This could make the µSSDs very appealing to certain console manufacturers, who'd rather their consumers didn't swap their tiny hard drives for far bigger ones.