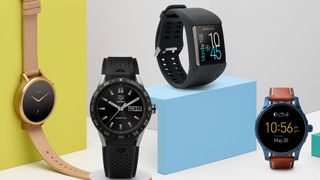 After an immature start, Google's OS for wearables - Android Wear is now more refined, courtesy to the version 2.0 of the Android Wear OS.

The latest update now looks more logical, has a much easier usability features like replying to messages, handwriting recognition, Google Assistant integration and dependency on the smartphone is no more a compulsion.

If it would have been 2016, it would've been a task to list good Android Wear watches but with the new OS, there's no better time to invest in an Android Wear watch. We have listed a definitive list of best Android Wear smartwatches available in India right now.

Each wearable has been extensively tested by either Indian or global TechRadar experts throughout our review process. The ranking is based on our in-depth testing and feedback and we've then ranked each watch in the list below, kicking off with the best you can grab right now.

The slimmest and best Android Wear till date

LG Watch Style, just like its name, is one of the most stylish smartwatch existing right now. Its slim profile and round dial with a sandblasted stainless steel chassis compliments the overall look of the watch. It is one of thinnest Android Wear watches at just 10.8mm.

As the form factor is on the sleeker side, the watch can fit on any wrist irrespective of the size of the hand. While a lot of smartwatches come with a chunky profile, this one just minimizes extra real estate.

The LG Watch Style comes with a rotatable crown, which comes very handy to navigate through the interface without prodding its tiny screen.

It's a good screen though, being a 1.2-inch P-OLED one and fully circular - there's no flat tire here.

Internals are barely something more than basics but they usually come at a higher price in comparison. However, to keep the cost low and watch slim LG has kept it void of GPS or a heart rate monitor.

The Huawei Watch 2 is an attempt by the Chinese company to widen the use of Android Wear watches. Huawei has tried to include a variety of new features in its latest smartwatch and it's not entirely clear if it has succeeded with the Watch 2.

We like the built-in GPS and NFC on the watch as well as the option to have a 4G model, but the Watch 2 can be sluggish and the screen is a little too small for some.

This may suit you though with an attractive design and a plethora of features, so it's placed in fourth position in our best Android Wear watches roundup.

The original Moto 360, released in 2014 quickly earned the praises of users, for packaging up Google's fledgling OS in some super attractive packaging. And the 2015 edition of the watch builds on this.

The watch comes in two different sizes: 42mm and 46mm, and is runs slightly more slickly than its predecessor thanks to the improved processor. The circular screen makes it feel slightly more natural than bolting a square display on to your wrist. The only thing that really feels lacking is GPS support - meaning that it is unable to natively track your journeys.

And one other criticism that has been leveled at the 360 is the battery life - that tends to only go for 48 hours at best.

One of the better all-around watches

With the Huawei Watch, the Chinese behemoth was very definitely aiming at the top end of the market, although the price has dropped substantially since launch.

The main strength is the screen - which is a 1.4-inch AMOLED display, running at 400 x 400 - one of the highest resolution watches available, ensuring PPI on par with the Apple Watch. Helpfully too, the screen is always on - it will dim after a few seconds of inactivity, but the time will still remain visible.

Spec-wise, the watch is slightly less remarkable - with a 1.2GHz Qualcomm Snapdragon 400 CPU, 512MB of RAM, 4GB of internal storage and a 300mAh battery it is roughly on a par with its top-end rivals.

Sadly, despite the premium price the watch doesn't include GPS, but it does include a heart rate sensor. So if you want a polished Android Wear watch this is still a good choice.

A slick debut from Fossil

Fossil is a traditional watchmaker that has been trying to solve the problem of becoming a tech company, before tech companies can fully become watchmakers. So it has come up with the Fossil Q Founder Android Wear watch.

Vaguely reminiscent of other high-end round watches like the Moto 360 and Huawei Watch, the Q features a combination brushed and polished metal face - and a plastic back, so that can it can charge wirelessly.

While the screen is lower resolution than some competitors, it is barely noticeable. Perhaps the only annoyance on-screen is the so-called "flat tire" at the bottom, which means the screen isn't a perfect circle. This is to leave room for the ambient light sensor.

Unlike most other rivals too, it has 1GB of RAM instead of 512MB, which should boost performance.

So it certainly has the looks - and the innards look promising too. But at the end of the day, this watch isn't anything too special.