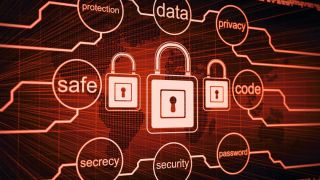 Ad trackers aren’t just a threat to your privacy – they can making browsing a drag by doubling page load times according to a survey by online privacy company Ghostery.

Researchers used a custom-built web crawler to analyze the top 500 websites in the US (as determined by Alexa) – once using Ghostery’s tracker blocking browser extension, and once without.

Without trackers blocked, just 17% of pages loaded within five seconds. Over 60% took longer than 10 seconds, and nearly 5% took over a minute. When trackers were blocked, the average page load time dropped by over half. Ghostery calls this difference the ‘tracker tax’ – and it’s not the only price to pay for 'free' sites.

There’s a whole ecosystem built up around trackers, which were present in 90% of the web pages crawled. They work by gathering snippets of information about you that might not be worth much on their own, but combine to create a detailed picture of you as an individual – your location, income, nationality, marital status, political views and more.

This is all tied together with a piece of personally identifying information like an email address that you use across multiple sites, making a package that’s a valuable tool for advertisers that enables them to target you with laser precision.

It’s a whole industry, so how can you take down trackers, protect your privacy and speed up page load times?

“First, be proactive in protecting your own privacy,” Jeremy Tillman, director of product at Ghostery, tells TechRadar. “A lot’s been said recently about GDPR, but even with these regulations in place, it doesn’t solve the core problem of businesses built around your data.”

Naturally Tillman advises using a tracker blocker like Ghostery, but he also recommends checking sites’ privacy settings and possibly using a VPN to hide your location, providing an extra layer of anonymity.

“That’s really essential because your phone can not only monitor what you see, it can also track where you are and which places you visit,” he says.

Using a third-party browser with built-in tracker blocking will also give you better protection on the desktop.

If you’re looking for a privacy-first mobile browser, there are several options to choose from, including Cliqz by Ghostery’s parent company, and Firefox Focus.

Tillman describes blocking trackers the traditional wau as a game of cat-and-mouse. "Trackers are always changing," he says, "and if we don’t have one in our database, we can’t block it.

"To address this, we have a new AI tracker filter. This works in a different way, detecting trackers in real time – even ones that aren’t in our database. Rather than blocking them, it scrubs the data that’s being sent, stripping out personal information like your email address." Ghostery has also added an ad-blocker that works in a similar way.

Some of the bigger browser developers, including Google, are taking steps to minimize the impact of ads on everyday browsing, but their built-in tools are only designed to block the most egregious of advertisers.

Ghostery's conclusion is clear: you might already be aware of trackers' impact on your privacy, but speed can also take a real hit – and you'll have to take matters into your own hands to avoid it. After all, your time is money.