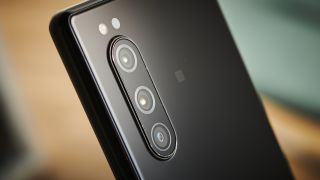 Sony's next mid-range smartphone might pack a Snapdragon 765 chipset, if this Geekbench test result is to be believed.

A screenshot of the result, found by AndroidNext, shows a phone labeled similarly to Sony's particular naming scheme (a letter and four numbers). In this case, 'K8220' starts with a letter that identifies it as coming out this year; since all of 2019's Sony phones had technical names starting with J, then K is probably what will be used for handsets in 2020, reasons GSM Arena.

As for the chipset, the test result lists an 8-core Qualcomm processor with an identifier we've seen before - on the Geekbench test results for the Oppo Reno3 Pro 5G, which we just learned will pack the Snapdragon 765G.

Yes, 5G - Oppo's phone will be capable of connecting to the next-gen networks thanks to its version of the new Snapdragon premium mid-range processor that Qualcomm just introduced. It's unclear if this new Sony phone would pack the standard or 5G version - we'll have to wait and see.

If so, it could be Sony's first 5G phone - and given that the Snapdragon 765 is meant for phones under top-tier flagship, it could be a more affordable 5G device. In other words, a phone somewhere in power between the flagship Xperia 5 and the affordable mid-range Xperia 10.