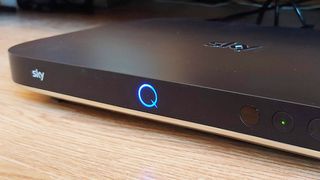 Update: A Sky spokesperson has told TechRadar that a further delay to the HDR roll out is "speculation", and that it's "committed to launching HDR as soon as possible". Our original story based on a support forum post is below.

Original story: If you've been eagerly awaiting the arrival of HDR (High Dynamic Range) on Sky Q since it was first mentioned in February 2018, then we've got some bad news: you're going to be waiting a while yet.

A message posted on the Sky Community forum by a Sky employee, and spotted by Forbes, puts the launch date as late 2020 at the earliest – so we might not even see the feature launch until next year.

Community Manager Kei says Sky has "pushed [HDR] back whilst we work on other priorities", and it doesn't sound as though the feature is going to climb back up that list of priorities again very quickly.

HDR, as seen on services like Netflix, balances colour so that details are retained in the darkest and lightest parts of the frame – colours shouldn't get washed out with brightness or lost in darkness.

Sky Q HDR was announced by Sky, along with Spotify integration and a lot more 4K UHD content, near the start of 2018. Those other features have arrived now but we're still waiting on the HDR.

We later heard that HDR would be arriving on Sky Q at some point in 2019, but that deadline has now passed. It remains to be seen whether HDR will arrive on the service during 2020.

It's possible that Sky's decision to put HDR lower down in its list of priorities is based on user feedback – there just might not be as much demand for it from customers compared with other features.

And Sky has been busy pushing out other improvements to Sky Q in the last couple of years, including Netflix integration, an upgraded set of parental controls, support for Dolby Atmos audio, revamped mobile apps, and more.