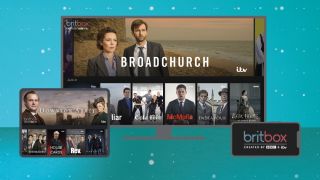 If you're considering becoming an EE pay monthly phone or tablet subscriber then you may want to take into consideration the fact that you'll get six months of free BritBox.

From March 13, all new and existing EE customers will have six months of the streaming service included for free which will include free streaming data for viewing the shows anywhere away from Wi-Fi.

BritBox is a streaming service that combines British content in one place with the likes of British dramas, comedies, documentaries and even films from BBC and ITV. That means Top Gear, Downton Abbey, Broadchurch and plenty more big name shows on demand.

This means EE customers can watch all that on their phones or tablets, anywhere, but also at home on the big screen via smart TV platforms. These include Amazon Fire TV, Apple TV and Google Chromecast.

Once the free six months are up, if you want to continue getting access to Britbox it'll be charged at a rate of £5.99 per month directly through the EE bill.

This is the latest member of the Entertainment on EE offering which also has BT Sport, Apple Music, MTV Play and Apple News+ for sixth months for free – worth up to £220.

Marc Allera, CEO of BT’s consumer division, said: "By partnering with BritBox, we’re giving our customers access to the best British dramas, comedies and films, so they can stream them wherever they are, at home or on the move, thanks to our superfast 4G and 5G mobile network."