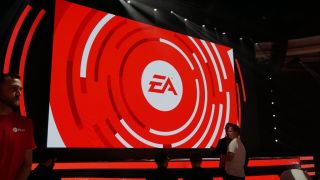 EA is sending out an email that has seemingly scared a considerable number of Origin users into believing that their account has been hacked, but the good news is, this isn’t the case – in fact, the message is a notification of a free month of Origin Access Basic.

This is, essentially, a lesson in how not to word an email. And also, apparently, a lesson in mystifying inaction on the part of EA (more on that later).

As Kotaku’s Jason Schreier reports, he received an email telling him: “You’ve redeemed an Origin Access Membership Code”. And as he’d done no such thing, his first immediate thought was that he’d been hacked and someone was messing with his account.

That was also the first thought of many other denizens of Twitter, as the article goes on to highlight (as well as people on Reddit – more on that later – and indeed gamers posting on EA’s official help site).

In actual fact, as we said at the outset, this was a notification of an offer that was available in October whereby if you turned on two-factor authentication with your EA account – or indeed if you already had it switched on – you were promised a free month of Origin Access Basic.

That free month is the ‘membership code’ that the email mentions having been redeemed.

Presumably the email is the result of using an automated system to deliver the notification, but given the widespread scares that have been caused, EA should obviously have tweaked the start of the email to be more informative. And, you know, mention the fact that this is a two-factor authentication-related freebie, and not anything actually ‘redeemed’ by an action taken by the user (or a malicious third-party, for that matter).

What’s perhaps the worst thing here though, is that EA has been sending out these emails for quite some time. In fact, for over two weeks, as evidenced by this thread on Reddit – from another user scared into thinking something was amiss by the message – which dates back 16 days.

And it contains a number of other worried Origin users with serious concerns – as one Reddit denizen put it: “Oh thank god. I've been tearing through my Origin Account and my Paypal trying to make sure nothing was compromised without my knowledge.”

Furthermore, as another poster rightly points out, EA’s customer service support site does have information clarifying what these emails are about, including the statement that: “If you get an email about an Origin Access code being redeemed on your account, that was us!”

And yet EA continues to send out these emails without changing the wording, or clarifying anything for the many confused gamers who are evidently out there, more than two weeks down the line.

Ahh, well. Maybe now this affair is hitting all the headlines, we’ll see some kind of a change being made…