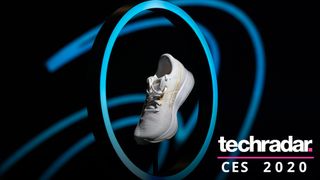 Any prospective runners will be intrigued by Asics new concept: a smart shoe that can monitor exactly how you run and give real time feedback.

Unveiled at CES 2020, the protoype shoe is designed in partnership with Japanese sensor creator No New Folk Studios Inc, allowing the trainer to be infused with smart tech to let you know what your feet are doing when running... and how to make them better.

The new smart sensors were shown off as a prototype at Asics' CES booth, where they were placed inside the new Evoride trainers, which were also revealed at CES.

They're using the Orphe Track sensor from No New Folk, which was first shown off at CES 2018 - this sensor essentially opens up all the motion data that spreads through your foot with each step and allows Asics to offer dedicated training insights. However, we're not sure what these will be yet.

The new Evoride shoes that are being used to demo the tech have greater energy recovery, which is The Big Thing in trainers at the moment to help runners get back as much power as possible from each stride (rather than it descending into the sidewalk and dissipating) and will be available from 7 February.

The new smart shoe from Asics is due to go on sale later in the year (Asics tells us that it will be a new model, not an upgraded Evoride, and price is still TBD) and we'll be grabbing a demo later in the week.