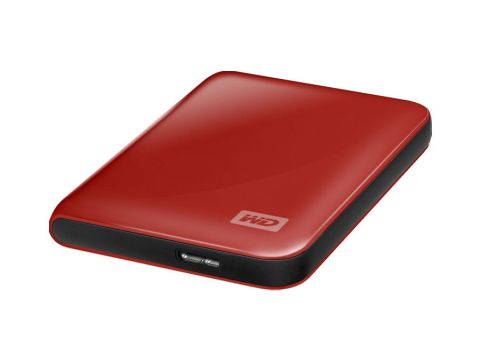 The new version of the Western Digital My Passport Essential comes with much needed USB 3.0 compatibility

Western Digital has refreshed its My Passport Essential portable external hard drive for PCs by adding some very welcome USB 3.0 support. The previous version of the My Passport Essential was notable because of its inclusion of pre-installed backup software, which meant users didn't have to buy, install and set up a third-party backup program.

While in 2009 this was a relatively novel approach, these days almost all external hard drives come with proprietary or licenced third-party backup software. Sometimes this software is a good addition, while at other times it can be useless.

The Western Digital My Passport Essential comes with WD SmartWare as the backup software. It can be installed straight from the drive itself, so be careful about formatting it before you use it if you want to make use of the software.

The software is nicely laid out and scans your PC's internal hard drives, dividing the content on them into categories such as 'Documents' and 'Movies', with a handy visual representation of how much space they take up on the drive. Backing up and restoring files on the drive is easy, although there's no option for automatic backups - Windows will have to handle that.

Since the My Passport Essential is an external hard drive with a large capacity and an emphasis on backing up, speed is of huge importance. The aforementioned USB 3.0 interface enables the drive reach sequential read and write speeds on average of 80.57MB/s and 80.5MB/s respectively.

These aren't the fastest USB 3.0 transfers we've seen, probably due in part to the 5,600rpm speed of the enclosed hard drive, but it's a huge improvement on the USB 2.0 of its predecessor, and slightly better than the 5,400rpm of the Mac version, the Western Digital My Passport Studio.