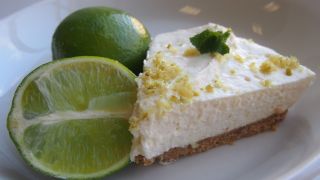 Who wants a piece of the pie?

Android Key Lime Pie will be the successor to Android Jelly Bean in Google's mobile operating system life cycle, according to a source.

Ice Cream Sandwich (version 4.0) has only just got out of the blocks and Android Jelly Bean (version 4.1) is still months away, but speculation is already rife about what will follow.

Website The Verge received the tip from the same source which leaked the Jelly Bean name last year, however further details about a possible release or features were not disclosed.

Not to be confused with Quay Lyme π

It's not clear if Key Lime Pie will be a fully fledged version of Android itself, possibly Android 5.0, or a minor update from Jelly Bean which could see it sport version number 4.5 (or .4, .6, .7 – you get the idea).

Having seen Ice Cream Sandwich arrive towards the back end of last year and Jelly Bean expected to land later in 2012, we could well see Key Lime Pie feature on handsets next year.

Could Key Lime Pie bring together not only tablets and mobiles, but also computers to create an uber operating system for all platforms?

Only time will tell, but until we find out lets hear your wild predictions for Key Lime Pie's successor – desserts starting with L, go!