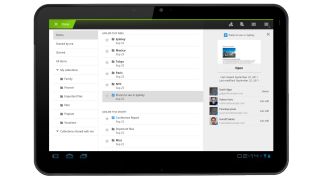 Google Nexus tablet is set to path its own way

Google looks set to follow in the footsteps of Apple and Amazon, as reports say the search giant will set up its own online store to sell the upcoming Google Nexus tablet.

The iPad and Kindle ranges both appear on their manufacture's own websites and Google is thought to be considering this method to help turn around slow sales of Android tablets.

The Wall Street Journal claims to have spoken to "people familiar with the matter", who confirmed the Nexus tablet will be built by third party manufactures and sold via a Google-branded online shop.

We reported earlier in the month that Google was set to name Asus as the manufacturer for its first Google Nexus tablet, after ruling out the likes of Acer and HTC.

The sources which spoke to the WSJ confirmed that Asus would indeed be one of the manufacturers producing a Google branded tablet, along with another Google partner, Samsung.

This wouldn't be the first time Google has set up a dedicated online store for a product, as it did so back in 2010 for the Google Nexus One, which was manufactured by HTC.