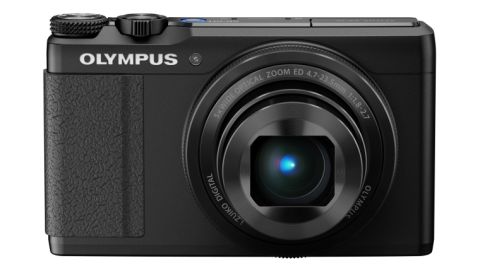 The new XZ-10 is significantly smaller than its bigger sibling, the XZ-2

Olympus has once again produced a very capable premium compact camera in the Olympus XZ-10, that in some respects is more of a follow-up to the Olympus XZ-1 than to the larger and more unwieldy Olympus XZ-2.

For those looking for something to easily slip into a jeans pocket, while retaining appealing aspects such as full manual control and a wide aperture lens, this is perhaps the better option out of the two - which are at very similar price points at the moment.

Image quality from the camera is impressive, while lots of fun can be had with the art filters and Photo Story option. Being able to shoot in raw format while using art filters is a particular bonus, because some other manufacturers - such as Sony - don't have this option.

Having that f/1.8 aperture lens is also a great creative bonus, because it enables you to achieve some impressively shallow depth of field effects, and also boosts the camera's ability to shoot at lower sensitivities in low light.

There's not too many handling quirks to worry about here, with most of the operation carried out from within the "quick" OK menu. Having a function button is also a bonus, while the ring around the lens is a nice touch for advanced photographers. It's also useful that this lens ring can be used when in automatic modes to control other aspects.

Having a touchscreen on this camera is a plus point, especially when it comes to setting autofocus point. It's a shame that some of the menu operation can't be controlled by the touchscreen, though. Being able to swipe through images in playback is a nice touch for those used to smartphone operation.

There's plenty of things to like about the Olympus XZ-10, most notably the lens, touchscreen and art filters that are available. It's a nifty little compact camera that fits snugly into a jeans pocket and would make a good backup camera for both existing Olympus users and those using other brands.

It can be difficult to think of problems with cameras such as this, but we would perhaps have liked to have seen a few more customisable function buttons on the body of the camera for quicker access.

The premium compact camera market is one that is packed with some serious competition, but the Olympus XZ-10 more than holds its own against most of the competition.

Images are great, and for the most part handling is also a good experience, while bonuses such as the touchscreen and art filters make it more appealing than some of its rivals - such as the Nikon P330.

That said, Canon has managed to include Wi-Fi in the S110, while Sony has opted for a larger sensor in its RX100. So, while this is a good all-round performer, there's nothing overly exciting about it that gives it a niche selling point - it'd be nice to see Olympus experimenting a bit more in this area of the market.