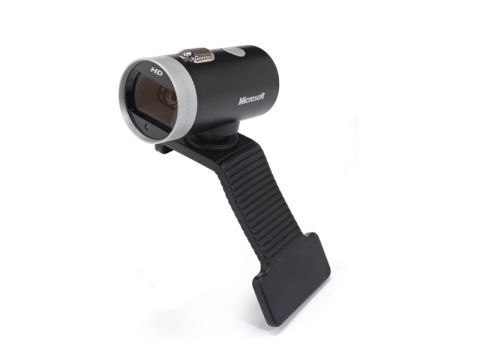 If you're after a new webcam, make it this one

Should Hollywood make a biopic called The Webcam, it would tell the tale of an unloved little fellow; a cute and plucky device all eager to please and full of promise but somehow ignored and ultimately unloved.

Webcam II: The Second Coming would be an entirely different tale, however – as long as it starred Microsoft's LifeCam Cinema.

With its matinee idol looks and cool aluminium body, it certainly stands out. What really makes it interesting, however, are the two letters H and D.

Before we go any further we should point out that although the LifeCam does support a maximum resolution of 1280 x 720 – or 720p in high-def speak – don't expect to be Skyping your pals and ogling them in near-Blu-ray quality.

In testing, a 15fps, 720p video stream generated a data rate of 3,290kbps. This is far more than a standard ADSL connection could push upstream, and a lot of wasted bandwidth for chatting. With that said, you could be forgiven for wondering what all the HD fuss was about.

The answer is video sharing, specifically via social-networking sites. YouTube, for example, has for a while now accepted HD uploads. With the new LifeCam, you can make your assault on internet stardom safe in the knowledge that it wasn't the video quality that prevented you from becoming the next big meme.

Up close and personal

Even without HD mode on, the LifeCam Cinema does a sterling job when it comes to video conferencing via the likes of Skype and Windows Live Messenger.

We were particularly impressed with how it coped with iffy lighting conditions, giving good pictures even in very low light.

Its auto focus system was excellent too, and the device's built-in stereo microphone gave top-notch results even over the din of a particularly noisy PC. If you're after the best webcam around, the LifeCam Cinema won't let you down.

It's brilliant for video conferencing, and if you regularly upload video broadcasts of your musings, its 720p 16:9 video output will give your work a top-quality feel.

In short this is the best webcam that we've seen in a very long time – and that's saying something.