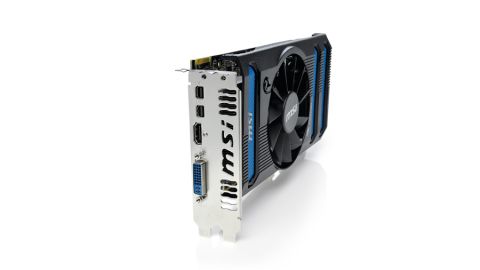 We have to admit this was a bit of a surprise. We wanted to get the 1GB version of the HD 7850 to test it against the HD 7770 more than anything else - assuming this would be the card it'd be going up against. After all, the 2GB frame buffer of the stock HD 7850 must be partly responsible for its impressive showing at hi-res, right? And that's putting post-processing such as anti-aliasing in the mix.

How wrong we were. It seems that the bottleneck to the Pitcairn Pro's performance is not the memory at all - the GPU itself bottlenecks performance well before the memory gets anywhere near making things crawl.

What does that mean though? Well, it means the 1GB version of the HD 7850, especially the slightly overclocked version supplied by MSI, is more than able to keep pace with the stock 2GB version of the Pitcairn Pro card.

As we were going through the benchmarking and the 1080p performance was staying resolutely high we were expecting it to drop off a cliff as soon as we upped things to 2,560 x 1,600. Not so. We were still seeing it hit 40fps in Batman: AC at the highest settings, and a still pretty impressive 24fps on the top settings in DiRT: Showdown. For a £120 card to be able to do that is pretty much unprecedented.

This is the only card we'd recommend for a budget-busting multi-GPU setup for this very reason. At £240 you'll hit the sort of performance the HD 7950 at that price simply cannot match.