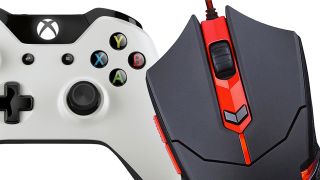 The lean-back joy of playing a gaming console with a gamepad is all well and good when you're tomb raiding with Lara Croft or having a FIFA kickabout, but some genres have never translated well to sticks and triggers.

So it is with the real-time strategy genre, which is returning to the Xbox One this month with the release of Halo Wars 2. Microsoft have long teased that its console could get native support for mice and keyboards and, with Halo Wars 2 sat just over the horizon, that's looking once more like a possibility.

Gaming lead Phil Spencer stoked the flames once more, responding to a fan request on Twitter:

It's worth noting the vagaries of Phil Spencer's comment here. He uses the words "Xbox platform" as opposed to the "Xbox One console" specifically. Halo Wars 2 will feature on PC as part of Microsoft's cross-platform Xbox push, so he may be clarifying the keyboard and mouse position of the game on computers.

Strategy games have never felt all that well suited to gamepad control, so mouse and keyboard support could swing the success of the title.

However, asymmetrical control schemes, pitting mice users against pad players has often been a source of controversy.

In first person shooters especially, the precision of mouse input is seen as giving an unfair advantage against the gamepad in competitive play scenarios, and lead to Blizzard recently objecting to the use of mouse and keyboard by console Overwatch players.

Not that there isn't already third-party solutions out there. The XIM4 adapter, for instance, tricks many consoles into accepting mouse input.