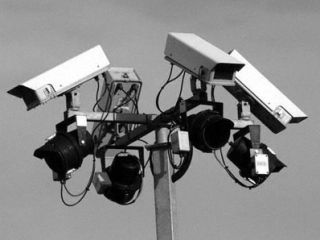 Big Brother will be watching you - without even realising it

The defence lab is trying to develop computers that can recognise, analyse and reason about critical bits of information from staggering volumes of data from thousands of sources, such as the UK's 4.2 million CCTV cameras.

Attentional Analysis means using features - colour, line orientation, and brightness - to determine the relative importance of an image just as a human's visual attention system tells the eyes where to look after turning on the living room lights. Using this program, computers could analyse huge volumes of imagery and only present analysts with the most relevant images.

The most impressive/terrifying development, though, has to be the slightly psychic Brain-Inspired Attentional Search. This will harness a person's brain-power to search for a specific image among thousands being flashed up.

Sensors monitor the brain's electrical activity and chart a spike when the analyst sees the desired image, even if the analyst didn't consciously notice it. Moving at a rate of 10 images per second, an analyst could search 600 photos a minute for terrorists, hooligans, fare dodgers, hoodies and single mums.