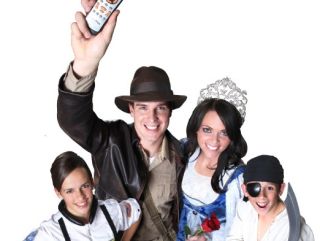 A censoring service which cuts out swearing and nudity from DVDs is to be released in the UK later this year.

ClearPlay is already around in the US, where it offers a smut filtration tool for those who are horrified at the site of nude people or the sound of the 'f' word.

Currently there is only one DVD player out which supports ClearPlay – this is the ClearPlay 747HD.

The DVD player currently only plays Region 1 discs, but this is set to change with a Region 2 version available before the year is out.

To keep it up to date, there's a database of dirt available online which houses information about when adult content appears. Once you load this information into the DVD via USB, the player then "seamlessly skips and mutes content based on 12 categories that you can set".

It's not just DVD content that ClearPlay has its eyes on, with the company noting that it would like to expand into Blu-ray and IPTV.

"ClearPlay has an innovative system for enabling parents to shield their children from what they consider to be inappropriate content in the home," said Director General Lavinia Carey in a statement.

"This may be on titles classified for their age but which might feature language or scenes that they'd rather their children didn't see.

"It may also allow them to watch age restricted video with younger children whose content is generally suitable to view but again there may be moments of stronger content."

According to the BVA (British Video Association) it has no problems with the way ClearPlay edits a movie as the actual DVD isn't being touched. It's the metadata ClearPlay delivers which tells the player to skip content or mute the sound.

With that in mind, TechRadar has put its dev hat on and is trying to come up with a ClearPlay rival, going by the name of DirtyFunPlay, which edits all the wholesome elements of a movie and turns them into filth.

You heard it here first.