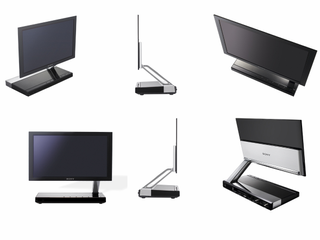 The Sony XEL-1 may be small, but it packs a punch

Sony has revealed an impressive new XEL-1 11-inch OLED TV panel which has a stunning contrast ratio of over 1,000,000:1 (yes, that's one million to one) and measures just 3mm thick. The XEL-1 uses just 45W of power - the same as an average light bulb.

Many people think that OLED (organic light emitting diode) television technology could one day replace LCD and plasma TVs in our living rooms. But at the moment, OLED technology is stuck with many of the problems which blighted LCD in its early days.

It's very hard to build OLED panels of any real size, and even small panels are very expensive to produce; hence the XEL-1's £77 per-inch price tag.

With its HDMI and USB inputs and an ability to accept any picture resolution between 480i and 1080p, it might be ideal for those with money to burn who are after a stunning-yet-small TV.

The XEL-1 is out in Japan in December and presumably Sony will be bringing OLED technology to Europe at some point in the future.