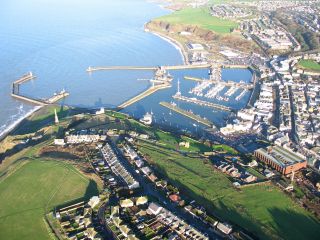 Whitehaven is where the UK's digital switchover will begin tomorrow

Ten per cent of people have never heard of the digital switchover, according to Virgin Media, while two thirds still aren't prepared for the transition. The first stage of the UK's complete transition to digital TV begins tomorrow in Whitehaven, Cumbria, but Virgin doesn't think everybody is ready.

What's more, 15 per cent of those who took part in Virgin's research admitted they weren't prepared to ditch their old analogue telly in favour of a digital TV.

Ricky Tomlinson in on the act

Virgin has snared comedy actor Ricky Tomlinson to help increase awareness of the digital switchover. An online video broadcast is being shown on Virgin Media's website.

"To be honest I was baffled by the whole idea of the digital switchover," said Tomlinson. "The online video explains in a fun way the different options available, giving handy tips and advice to help everyone get their head around it."

The video explains the benefits of the digital switchover, the impact the change will have to analogue customers, and provides advice about the different options available from different service providers.

The switchover will begin tomorrow with the switching off of BBC Two in Whitehaven. Subsequently the other terrestrial channels will also be moved. Switchover is due to end in London in 2012.