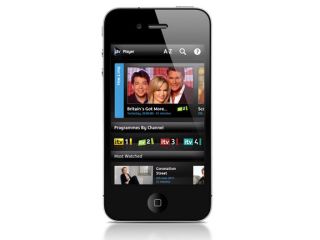 ITV has launched an iOS version of its ITV Player app, available in the iTunes Store from today.

The free app is compatible with the iPhone, iPad and iPod touch and gives you access to the last week's worth of programmes from ITV1, ITV2, ITV3 and ITV4.

That means on-the-go access to such gems as Loose Women, Daybreak and The Jeremy Kyle Show – such a shame The Bill was cancelled before this halcyon time.

Video playback using the app is via Wi-Fi only, so no 3G streaming to eat into your data allowance.

The launch has also handily coincided with ITV's broadcasting of the iTunes festival, about which Robin Pembrooke, MD of ITV Online and OnDemand, is "genuinely thrilled".

He said, "I'm genuinely thrilled to be launching our ITV Player app across the Apple family of devices just in time for our customers to be able to catch up on what promises to be some amazing performances at this year's iTunes Festival on ITV.

"This launch is a key moment in our mobile delivery strategy and we're very proud that a simple, user friendly and quality ITV Player experience is now available across a range of mobile devices."

ITV Player for iOS joins the Android app launched by ITV last week so there's really no excuse for falling behind on Corrie – well, unless you're on Windows Phone or Symbian.