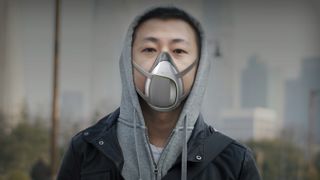 What if we told you that Google Glass and Galaxy Gear were just the beginning? That the impending arrival of Google's super-futuristic wearable computer and Samsung's wrist-based wonder were simply the commencement of our ascent into the realms of science-fiction cyborg-dom?

Beyond the AR specs spearheaded by Google and the smartwatches in the works from Apple, Samsung and others, there are countless minds creating wearable solutions that will revolutionise health and fitness, the workplace and everything in between - from our socks to our sex lives.

TechRadar has been chatting to some of the people at the forefront of the wearable revolution, some of whom will have devices coming to market sooner than you think.

"Right now, everything in this first phase is quite bulky to wear and less than powerful," explained Davide Vigano, former Microsoft executive now CEO of Heapsylon, to TechRadar.

"After this first generation of devices, we'll see computing merge with what we wear.

"Advances in microelectronics, means more powerful tech and batteries will fit in to packages as small as a shirt button. They'll be completely transparent to the wearer and those around them."

Vigano's contribution to this wearable tech revolution is a pair of socks. No really. More specifically, the Sensoria Fitness Tracker, which also features a Bluetooth-enabled ankle bracelet. He says the product makes current devices like the Jawbone Up and Nike Fuelband look like "glorified pedometers".

The Sensoria sock is made from smart textiles, which behave like traditional sensors and communicate data to a bracelet. That data is then received by a smartphone app. It reached its $100,000 Indigogo funding goal with ease this month and will now go into production.

The idea is to prevent injuries in runners by monitoring how they land. 75 per cent of runners heel strike, which generates more impact and can cause more injuries. 30 per cent of runners suffer injuries every year and Sensoria will, in real time, allow runners to see how they're performing through and modify their technique accordingly, to match up with best practice.

It's all part of what Vigano calls the 'quantified self movement'.

"These devices will allow us to gather data from our bodies and will respect our privacy," he added. "The data is carried to our personal devices and will allow us to make more informed decisions, especially when that conversation is extended to healthcare. Wouldn't it be nice to have these devices woven into what we wear rather than visiting the doctor?"

These health and fitness monitors are just one area of this fast-moving sector. Wearable tech is also permeating the fashion world. Wearable Solar has a jacket that can charge a smartphone up to 50 per cent for every hour the wearer is in the sun. Dutch design team Studio Roosegart has developed the Intimacy 2.0 dress. The leather and smart-oil dress is stimulated by the user's heartbeat. When she (or he) becomes aroused, the dress will become translucent. Wearable tech as a sex aid. Other concepts give existing, everyday items a whole new lease of life.

One example is the AirWaves pollution mask, envisioned by Frog Design after the high design company challenged its global teams to come up with wearable tech solutions. The mask, imagined by the Shanghai team, senses the level of pollution in the air, feeds that data back to a smartphone and creates a map of a city, advising residents on good and bad areas at any given time.

"I think the fantastic thing about that is, the object itself is a symbol," Brandon Edwards Executive Creative Director in the Shanghai studio told us. "The team did a good job of giving it a more positive relevance in everyone's life, but the software around it is where everyone gets really excited. When you connect it to everyone who has one or connect it to other kinds of pollution monitors, you all of a sudden have maps of what's going on at any given time. From a data perspective you can unlock new ways of seeing a city."

The company is now in talks with manufacturers about making the concept a reality.

It's devices like the AirWaves that'll help to reduce the levels of public scepticism surrounding wearable devices and the further invasiveness of tech into our social and private lives.

"The rate that the smartphone revolution has permeated across all sectors of society, in some cases where you'd never expect to see some people so comfortable with smartphones using them everyday," Edwards added. "Behaviourally, that leads to a better comfort level with technology and when you look at how that branches out, it's a natural evolution."

Socially, wearable tech presents different challenges. Users are unlikely to be tapping on touchscreens, in order to interface with these devices. They'll be speaking to them in public places, or gesticulating in thin air. How's that going to work?

"You're going to have some people experimenting and coming up with all different ways of interacting with an object, space or an environment," Edwards added. "I think that's a good thing. Let it germinate for a while and see where we land. I don't think any kind of interaction model will win out, I think it'll be a mixture, unless you get to some kind of tipping point with voice and a social norm where people are ok with talking to objects. To date that hasn't happened. I still think that's quite a ways off.

"This idea that today we can't walk about talking to thin air, because people will think we're loons, we might actually get over that when everyone starts to do it with increasing density.

"I'm not sure we'll get there, but I'm pretty sure it'll happen. If you look at the cellphone, it would be quite uncomfortable to have it out at a dinner or to not leave it in your pocket or in your purse. That was only 15-20 years ago. When you look at the last 5-8 years everyone has it out all the time and it has become its own character in a narrative of people being held together, almost like you have a second self. I think you'll see that with other types of tech as well. What feels very awkward at first will become very common."