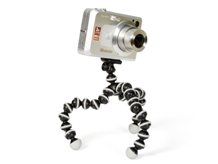 While the explosion in digital photography has meant that people now take hundreds of pictures per year, much of this is of the quick snap variety.

While there's some truth in the adage that a workman is only as good as his tools, technique plays a major role in turning a mediocre picture into a brilliant one that you'll want to have in a frame for all to see.

All you need to do to instantly improve your photography is follow these ten simple steps.

1.Shoot at the right time of day

Something that can really make or break a photograph is the lighting. While lighting can be used for dramatic effect, too much or too little can ruin an otherwise perfect image.

Photographers will often talk about the golden hour, which occurs one hour after dawn and an hour before dusk, where the light takes on an almost magical quality and can help you take some stunning images. The reason for this is the sun is very low in the sky, giving a very diffuse, even light, which lights objects from the side, instead of overhead. Not only will shadows be softer, hues will be much brighter, particularly in the evening, lending vibrancy to your images. Landscapes taken at this time in the evening will look far more dramatic than the same shot taken earlier in the day.

Avoid taking images around midday, because the light will be too harsh and objects will appear very fl at, due to the sun being directly overhead, and unflattering shadows will appear under people's eyes, noses and chins.

Composition is one of the most important aspects of photography, yet the one area most people ignore completely. Even though most cameras now have a large screen on the rear, which enables you to preview the picture, most people don't pay much attention to what's going on in the frame.

When photographing people, the natural inclination is to place their faces in the centre of the screen, as this is where the focusing brackets are placed, but this leads to an unbalanced shot, and more likely than not cuts off the subject's feet. A better technique is to press the shutter halfway to obtain and lock the focus, then recompose, to get the entire body in – you'll be amazed at the difference.

Pay attention to what's behind your subject, too, because a tree or lamp post sprouting out of someone's head or shoulder ruins an otherwise great shot.

Try to create more interest in the shot; with landscapes, don't have your subject in the centre of the picture looking at the camera, but off to one side and looking at the scene. Try to use objects, such as foliage, or an arch, to create a natural frame to your picture.

Objects placed on these intersections will add more visual impact. By using the display button on some cameras, you can overlay this grid on the screen, to make composition even easier.

3. Get the right angle

Too many photos are taken from our eye-level because it's the most natural way for us to take them; but bringing the camera down to the eye-level of the subject will create a much more natural-looking image.

A relatively simple image can also be made to look more dramatic by changing the camera angle, by tilting it to one side, or by changing your own perspective. Try taking a picture standing up, then crouch down or lie down, and see what happens.